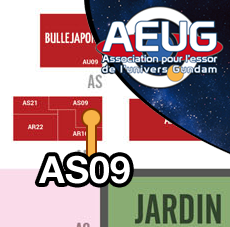 The AEUG is taking part in the 14th edition of Japan Expo, from July 4 to 7 at the Parc des expositions de Paris-Nord Villepinte. You can find us on the booth AS09, right behind the inner garden.

You can find our whole schedule (available in French only) for this event, filled with video games (Gundam Extreme VS ans JoJo’s Bizarre Adventure HD ver.), karaoke, dubbing sessions, Gunpla building workshops… and some surprises!

The 20th anniversary edition of the Cartoonist fair has been like an adventure for us, members of the AEUG. Despite the location of our booth, that was very difficult to find for the visitors, we have made encounters that will remain in our memory for very long. This report of the Cartoonist fair by the AEUG is mostly made of thanks, that may sometimes be my very personal expression.

I would like to thank Shinji Araki, who spent two days talking simply and humbly with all the people who admire the work of his late father, thus proving how important the legacy of Shingo Araki is to us all.

I would like to thank Nobuyoshi Habara, one if not the most receptive guest of this Cartoonist fair, who has been kind enough to drop by our booth, to draw a sketch in front of us and to promise to talk his children about the AEUG, since they are Gundam fans.

I would like to thank Tomokazu Seki, always eager to answer to the fans’ call and, even though he could not visit the booth of the AEUG, granted me with a trivial yet wonderful gift.

I would like to thank Yasuyuki Muto (and Harumo Sanazaki, whom I met at the same time), as he took part in the Gunpla Cartoonist contest, but also has been very kind and receptive all event long.

I would like to thank Eric Legrand, as likeable as always and delightfully spontaneous during the talk show I have been honored to lead.

I would like to thank Akira Kushida, Hironobu Kageyama and Nob for their everlasting smile and the burning energy they spread on this unforgettable concert. I would also like to express my gratitude to Pierre Giner, the man who made possible this whole event.

I would like to thank our supporters and friends, with whom we always reunite with delight in the events we take part in.

Finally, I would like to thank the members of the AEUG, who got together from before the event until the final concert, in which they were the trigger that set up the fire that made both audience and singers burn altogether. 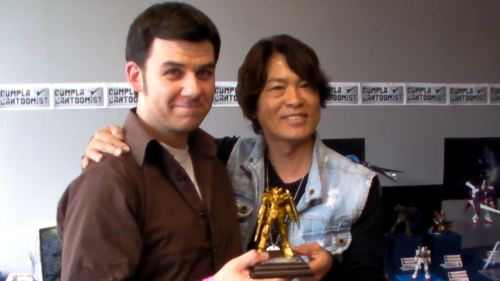 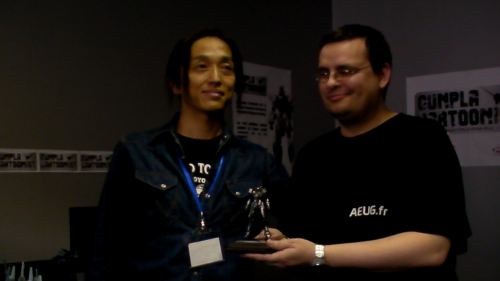 The signs of (left to right) Tohru Furuya, Nobuyoshi Habara and Yasuyuki Muto. Mr Furuya quotes Amuro: “And nothing can make me happier…” That is how we felt.

Ultimately, only the good moments will remain. And the expectation of living again such an incredible event, that has made possible thanks to the immense generosity of its organizers.

The President of the AEUG 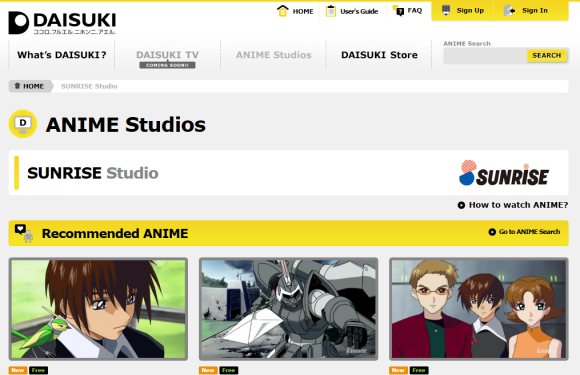 The platform offers some popular titles for free and in HD quality, available from all around the world. More and more titles are to be available on DAISUKI, and you can already chose which ones! Click on the following picture to vote for your favorite titles first round): 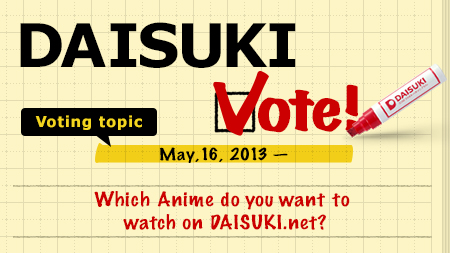 DAISUKI currently offers English-subtitled titles only. The AEUG supports DAISUKI and we hope that they will success so everyone can access legally titles that are currently unavailable in our respective countries. And, maybe one day, DAISUKI could feature French-subtitled titles…! 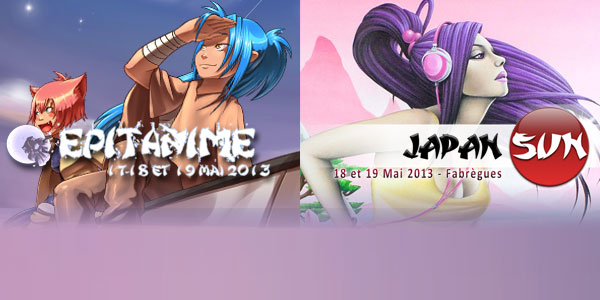 On May 18-19, meet the AEUG twice: in Montpellier and Paris at the same time! The Association for the Expansion of the Gundam Universe will attend both Japan Sun and Epitanime.

At Epitanime, the AEUG will perform live Gunpla demo during the whole event, with building, mods and airbrush painting. Don’t miss it!

For more information on the events: