Warning: Parameter 2 to qtranxf_postsFilter() expected to be a reference, value given in /homepages/37/d149433952/htdocs/AEUG/wp-includes/class-wp-hook.php on line 287
 The AEUG at Japan Expo: Gundam Extreme VS tournament | AEUG : Association pour l'essor de l'univers Gundam 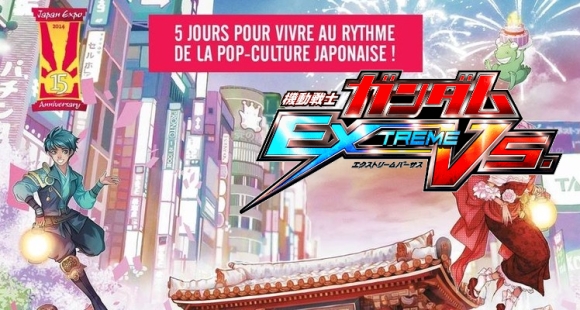 Along with the 15th anniversary of Japan Expo and the celebration of Gundam’s 35th year of existence, the AEUG will reach its fifth anniversary this summer! On this occasion, meet the Association for the Expansion of the Gundam Universe from July 2 to 6 at the Parc des Expositions de Paris-Nord Villepinte.

First information about our activities: our usual Gundam Extreme Versus (PS3) tournament will be devoted to Gundam Build Fighters. Anyone can take part in it after registration at the AEUG’s booth.

However, the brave GunPla Builders who bring a model kit of the unit they play in game will get their stats boosted! The other will have to perform some forfeit in order to compete!

5 thoughts on “The AEUG at Japan Expo: Gundam Extreme VS tournament”